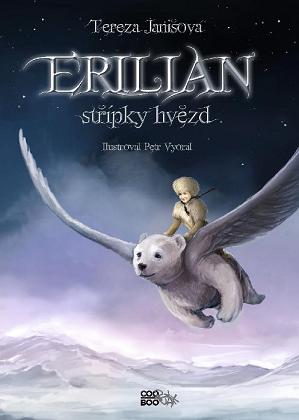 As you surely know, we have recently made a collaboration with a young and talented writer Tereza Janišová, who wrote a fantasy trilogy named Erilian. This following text, which is written by the author herself, will tell you more about our collaboration 🙂

The Erilian trilogy is a fantasy story taking place in an imaginary world, ruled by spells and magic. It doesn’t take place in middle ages, like fantasy stories usually do. It’s a three-generations novel subscribing fortune of one wizard clan from the city of Erilian. The style of society and eras are changing together with characters (starting in victorian era, through Art Nouveau, ending in 20’s).

All of these three main characters in my books are not only witches, but furthermore, they have special abilities. Kiara can dance, Zia is a writer… By the time I was creating the character named Fínka from the final part, I came across Lindsey Stirling’s music. Right after I watched Shadows and some more videos Lindsey made, I was already decided: ‚This girl has to play the violin. Magical violin!‘ Fínka, narrator of ‚The Stars Shatters‘ (Střípky hvězd), suddenly came alive, the violin were literally a part of her body. In the city of Erilian, spells and magic are the daily bread. Fínka is able to vizualize the music she plays with her instrument, rollicking melodies are written right into the air by her bow. At first sight, you might think, that this talented musician witch is a cute and lovely creature. However, you find out soon, that although she wears sweet pigtails, she has more different faces of her personality (varieté star, elegant lady or phantom of the night). Lindsey Stirling’s music dragged me out of this hated abyss, writer’s block, when I was writing ‚The Stars Shatters‘ (Střípky hvězd). When I had no idea how to continue my book, I listened to Lindsey and my fingers were running across the keyboard again. I had the worst block in last autumn. My deadline was almost there, publisher was impatient and I got stuck almost in the end of the story. Anyway, suddenly, the new videoclip named Minimal Beat appeared. Lindsey gave me an injection with inspiration and her music aroused me – I finished my last book.

Since I ended ‚The Stars Shatters‘ (Střípky hvězd) and my handwriting passed to my publisher, I just have to smile pleasantly. I’ve found some new Lindsey’s videos on YouTube. I have a feeling that these videos are somehow imprinted in the last story of Erilian. Just slightly in some undertones, maybe only I can see it. But it is definitely there. Stars Align, Transcendence, Beyond the Veil… As Lindsey’s music was somehow connected with the book. Finally, there’s nothing to wonder about. Lindsey played right into my ears almost for all the time I was writing ‚The Stars Shatters‘ (Střípky hvězd). Why would her violin stop playing after the end of my story?

There is one big MAYBE, floating over translation of Erilian into English. Anyway, I would be so pleased, if my book would get into Lindsey’s hands, even in Czech. The whole story is accompanied by Petr Vyoral’s illustrations. It might be the reason why to have a look into Erilian. As it’s said – one picture stands for a thousand words. Fínka can brandish with fiddle bow and daggers, there is magic in her veins. Magic older than noble city of Erilian. The era of short hair and short skirts is coming. There are trams running through streets, wizards listen to jazz. The old legends and times are almost forgotten. No one has any idea about prepared revenge, about the club of Masced gentlemen, nor about five stars, making a unique linear constelation in the sky.

Come with Fínka for wanders into Erilian’s streets at night, sail on the Great river into West Avalonia and reveal the secret of Ice Continent on the back of flying bear!

The original article in Czech: http://www.lindseystirling.cz/stripky-lindsey-v-erilianu/ 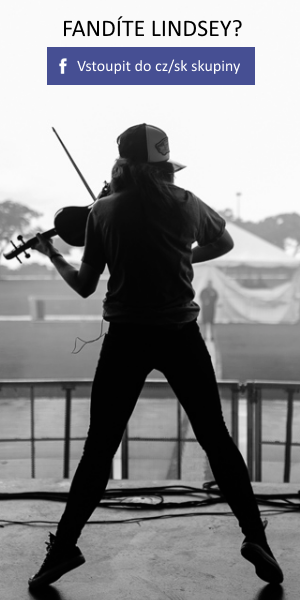 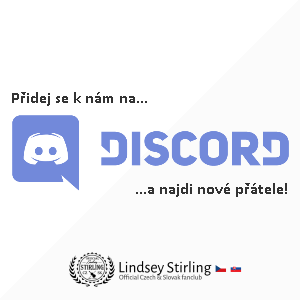